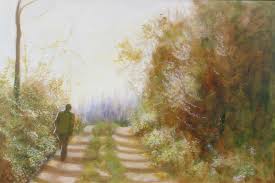 “And what would you say to a single woman who is saving sex but struggles to believe that men exist who want to save sex, too?” That question was posed to Everett Fritz on Arleen Spenceley’s blog today. Everett, now 31, was a virgin until he married at 22, which I find interesting because aren’t all guys virgins before they have sex? I guess it’s odd to me because I consider sex itself marriage and not a church service or legal document. But that’s a whole different story. While I do agree with Everett’s answer, that everyone should read more books and articles written by Arleen, I thought I would offer my answer, in hopes of assuring single women that men do exist who are saving sex until marriage. Yes, I know I’ve made the decision to remain a virgin forever. But there was a time when I was open to marriage. I think guys who are waiting, whether for marriage or forever, have a few things in common. So here’s what I would say to single women, especially to those 25+, who are saving sex for marriage:

1. We adore you and are rooting for you, whether you want to marry us or not. We want the world to see what virtuous ladies are really like, that you stand by your principles, and that you don’t compromise in order to gain popularity or get a job promotion. And even more important – that God made you to be more than the sum of your body parts or objects of desire.

2. We like awkwardness, for lack of a better term. We like to think that we can pick you out of a crowd. And we’re depending on you to pick us out of a crowd. So don’t be afraid of being yourself. Don’t try to look or act like other girls, even your best friend. The NUMBER ONE thing that turns me on to a girl is originality. Is she marching to her own beat or is she trying to keep time with the world? Is her confidence in God or is it in her appearance and her ability to attract men? For a woman who is waiting, she should NOT know what it takes to please a man. If you try to copy the world with the latest fashion and trends, chances are great that a Godly single man will not notice you. It is very unappealing. Don’t be afraid to do things differently. Define your own style. But whatever you do, keep it modest. If you’re trying to attract attention with your skin, you will definitely get the wrong kind of attention. Then that bass player will definitely hit a note you will regret. Dressing modestly also speaks tons about your sensitivity to us. “This girl actually cares that I keep my mind focused on her as a person and not on her as an object of sexual desire.” I’ve always felt that truly beautiful girls, inside and out, do not know they’re beautiful. So don’t be afraid to stumble or appear different. When two awkward people come together, the word awkward ceases to exist and becomes something sacred. That’s the way God intended it. Yes, the world may point fingers and laugh. That’s okay. We’re awkward too. Isn’t there a right time and place for everything? So what does it matter what the world thinks? We live in a world that tells us we have to have sex to be men. Show us that you think differently. The biggest compliment I have ever received is when someone told me me, “John, you would have made a good dad. But I know God led you down a different road.”

3. Ask questions, about anything, no matter how personal. It tells me a lot of things about you – that you’re brave, you’re straightforward, you know what your priorities are, you’re open to being friends, and – most importantly – you’re confident in who you are. It tells me you are more than skin deep. “So where did you grow up” to “where do you go to church?” Ask your friends about us. Investigate us.

4. We don’t know what you’ve been through when it comes to guys. Has someone tried to take advantage of you? Lied to you? Arleen had a bad set with a bass player. We’re sorry. We want you to see that we’re different. While your trust may have been violated, let me say this very tactfully – We’re not responsible for what happened in your past. And you shouldn’t have sole responsibility for laying down rules and “boundaries” in future friendships. That’s not to say that guys can be insensitive to any trauma you have experienced. They can’t. But they don’t want to see you hurt anymore. When I see a girl that I care about hurt, I hurt. That’s called being friends, not emotionally dependent lovers. It may be hard to imagine in this day and time, especially since most of the chastity blogs are written by women, but there are indeed guys who know what the rules are – and live by those rules every day of their lives. There are actually guys too who do not date girls who are “willing” to save sex for marriage, or even have them as friends. And brace yourself for this shocking reality: There are actually guys who have said no to sex. Do you respect that? You need to tell us.

5. While you may be awkward, some of us are sensitive. Affirm our sensitivity. If I’m rescuing an animal from the middle of the road and you happen to be following me, turn on your hazard lights. Thanks. Tell us it matters. Defend us when necessary. It works both ways.

6. Let us know that we’re appreciated, even if you know you’re not going to marry us. Not every guy is easily “led on.” Not every guy is a sex animal ready to pounce on whatever warm-bodied female moves in front of him. Spend time with us. Talk to us. Let us know we’re doing something right. By doing so, you’re telling the whole world what kind of man you value. By staying silent, you allow us to wonder who YOU really are.

7. Trust us. I know this is a big one, because many of you have already had that trust violated. But as best you can, please make peace with your past and move on. An attitude of revenge and “prove yourself” will not build up a legacy that you want to leave on earth. Don’t allow yourself to be brought down to the level of the world. Learn to trust again. Pray for the discernment to draw you to Christian men and to avoid non-Christian men. I think virgin guys can pick up distrust a million miles away. Sometimes we are willing to ignore it, like if we think you are recovering from abuse, etc. But most of the time we interpret it as your attempt to be part of the feminist “man-bashing” crowd. And in our minds, that gives us a good reason to avoid you.

8. Treat everybody you meet with respect. If I want to meet you, it will probably be when you least expect it. I can be a clown and have been known to put on quite a show just to watch people’s reactions. “But you’re not going to marry, so what does it matter?” Yes, but I’m still a human being who needs social contact. Until you see or hear something that tells you otherwise, treat every guy like he could be the guy you spend the rest of your life with – no matter how old/young, rich/poor, simple/sophisticated, Catholic/Protestant, etc. This is especially true when you first meet a guy. I’m not saying jump in the car of the first man who shows you attention. That wouldn’t be using wise discernment. What I’m saying is be civilized and don’t be partial with your time and attention. Even the person you snub could be the friend of a friend . . . you never meet.

9. Break free from the chains of mom and dad. For some of you still living at home, etc., I know that’s near impossible. But learn to think for yourselves, to trust your own judgment, to discern the good guys from the bad guys. We’re not afraid of your mom, dad, or anybody else in your family. Have us over for lunch. A lot of older single guys probably wouldn’t mind if your family adopted us.

10. Don’t be afraid of letting people know you’re open to marriage, even in your church; because while we may not know each other, we may have friends in common. Usually, girls have more verbal skills than guys. Most guys appreciate that. I know I do. So if a guy is really interested in you, it will not matter to him how he meets you.

11. Put down the texting and social media and talk to us face to face; or if necessary, ear to ear on a telephone. Computer text does not convey 1/10th of what is communicated in a conversation. You can’t hear the other person’s tone of voice or inflections and you can’t see their body language or eye contact. Just place one step in the guy’s direction and say “what’s going on” and let God take care of the rest. Try your best to make eye contact with him. That is so important. But don’t knock him over the head if he glances at your body a few times. God made sexual desire. If he’s like you and has never had sex, then your desires are evenly matched. Introduce him to your brain. Can you solve an unbelievably difficult puzzle? Show off a little bit.

12. Understand what the guy who is saving sex has said “no” to and the self control it took him to be available to you today, whether as a friend or as a potential husband. This is especially true for an older guy. Think about all the times he has been ridiculed and laughed at and still had the will power to say no to even one night of pleasure. Consider his age and think about how many nights that involved. Think about all the friends, or would be friends, he has lost because he would not have sex. Think of the people who have turned their backs on him because he does not “fit in” with the ways of the world or have a wife and family. Think of the embarrassing questions he’s had to endure at work, church, and out in everyday life. “So, how many grandchildren do you have?” Then you should see just how little it takes to give him one ounce of encouragement.

Writing My Way Out of a Hole

Coffee, Cigarettes, and Time to Kill

This is the back-up site of our main site: https://affirmativeright.blogspot.com

Thoughts Of Redemption
with my whole heart

celebrating the joy and beauty and tears that come with the gift of an undivided heart.

Welcome to a black-pill dispensary, in the dark ages of male-female relations.

Waiting in the modern world

Struggling with abstinence in the 21st century.

puremovieblog.wordpress.com/
Celibacy in the Modern World

A Blog about Frustration, Spirituality, and Sexuality in Postmodernity

Julia Duin
The Charism of Virginity in the 21st Century

Straight renunciation of marriage for the kingdom of heaven, from a Protestant perspective